Update on GMO Labeling: Where do We Stand; Where are We Headed? 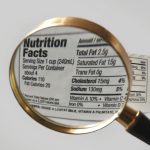 [Please note: This presentation was given before President Obama signed legislation that will require labeling of genetically modified ingredients for the first time. The legislation, passed by Congress on July 29, 2016, will require most food packages to carry a text label, a symbol or an electronic code readable by smartphone that indicates whether the food contains GMOs. The Agriculture Department has two years to write the rules, which will pre-empt the Vermont law that kicked in March 2016.]

Today’s consumers want to know all about their food. But what limits are there on the powers of a government body to tell food manufacturers what they must tell their consumers? The GMO debate cuts to the heart of that question.

Vermont passed a GMO labeling law that goes into effect July 1, 2016. Connecticut and Maine also passed GMO labeling laws, but their laws would only go into effect if other states in the region passed similar regulations. Of course, it is difficult for a food manufacturer to comply with label regulations for one state only.

“In 2013, mandatory labeling laws, similar to the Vermont law, were introduced in both the U.S. House and Senate, but neither passed. In 2016, legislation establishing a national voluntary labeling framework preempting individual state laws was introduced and passed in Senate committee, but was subsequently
blocked by the full Senate,” explained Chip English, a partner at the law firm Davis Wright Tremaine LLP, in his 2016 Protein Trends & Technologies Seminar presentation titled “Update on GMO Labeling: Where do We Stand; Where are We Headed?”

The Vermont law requires that if a food is produced with genetic engineering, that information must be disclosed. The Vermont law refers specifically to genetically modified organisms, rather than addressing the processing issue. The Vermont law requires that the message must be screened and in bold letters on the ingredient panel. The law also allows the FDA message that there is no significant difference in foods produced with or without genetic engineering. Vermont law exempts finished foods from GMO labeling, if the animal from which the food was obtained had been given GMO animal feed. This means Vermont cheese does not have to have a GMO label, even though GMO feed was used for the cow.

The Grocery Manufacturers of America and the International Dairy Foods Association both sued Vermont to prevent the law from going into effect July 1. The local Federal district court did not rule in their favor, and the groups appealed. The appeal was heard on Oct 16, 2015, but, as of May 2016, nothing has been heard from the court of appeals. Currently, food businesses are spending hundreds of millions of dollars figuring out how to comply with the Vermont law.

So what are companies currently doing? Campbell Soup has said that it will implement voluntary labeling of GMO ingredients. While simultaneously calling for federal standards for labeling products with GMOs, Mars, General Mills, Kellogg and Danone recently announced that they also will comply with the Vermont law for national labeling.

Where does it stop, and how do conscientious food companies comply? Currently, gluten free labeling is voluntary. Will health-conscious consumers demand the labeling of gluten next? English believes that the Vermont law will become the de facto law of the country, unless the second circuit rules in a timely manner. And, ultimately this issue may need to be decided by the Supreme Court. In the meantime, marketing and packaging groups are left with difficult decisions.

“Update on GMO Labeling: Where do We Stand, Where are We Headed?” Chip English, Partner, firm Davis Wright Tremaine LLP, 202-973-4272, chipenglish@dwt.com